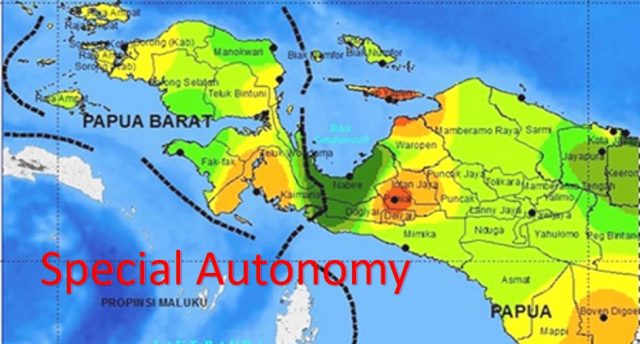 Diben Danggu Weya (A Chief of a Central Mountains Tribe in Manokwari) reacted to various acts of rejection of the Papua’s Special Autonomy volume II carried out by several Papuan organizations, political elites, or student groups. He doubted the parties and purposes behind the rejection which used the name of the people of Papua.

What is the reason for their rejection? Is the rejection of the special autonomy cover all the Papuan people’s aspirations? Or is it only encouraged as a form of Papua liberation movement?

The rejection of Special Autonomy was just deceit. Because, on the contrary, the existence of this special autonomy has guaranteed Papuan’s rights through political, economic, social, and cultural space. So it is not logical to consider Special Autonomy as a problem or indeed as a threat.

According to him, the most reasonable thing to do at this time was to discuss and evaluate the implementation of special autonomy which applicable for almost twenty years. And not easily provocate to refuse it.

Whereas with this special autonomy, there is hope for Papuans to improve their standard of living. So the autonomy must be continued but accompanied by improvements and evaluations.

Because of that, the government can understand the shortcomings that must be addressed. So that the implementation of the second volume of special autonomy policy can proceed as it should. At last, All parties not to be affected by the provocation which would only harm the Papuans.