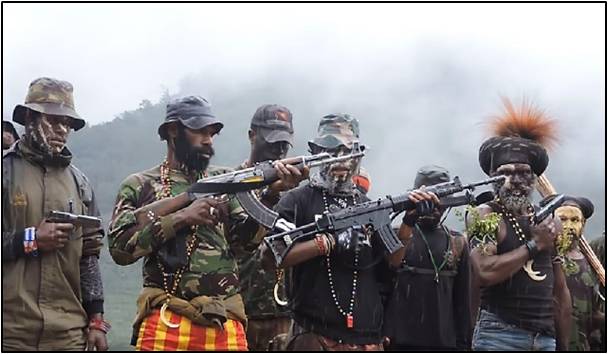 By Martinus Rambiak | Observers of the Papua Issues

“Papua, a prosperous land, a small paradise that descends to the earth, as large land as much honey is a treasure of hope. The land of Papua is the ancestral land, where I was born with the wind and I raised with the leaves”. Thus the lyrics of a song which created as proof of Papua’s natural wealth.

Once the name Papua is called, what comes to our mind is a beautiful island. Beautiful nature, calm, and peaceful. Indeed, the song of Edo Kondologit calls Papua a little paradise that has fallen to Earth. Papua is a magnet for tourists, both domestic and foreign. Especially since various events are held each year to promote the cultural wealth of Papua in the annual national tourism agenda by the Ministry of Tourism of Indonesia.

At this time the development of transportation facilities and infrastructure in Papua is being carried out unceasingly, all done to improve the welfare of the people towards prosperity. The government is continuously building the infrastructure in Papua to open isolation both inland and coastal areas. The government’s programs are carried out to strengthen regional economic improvement.

A number of human development policies have been made by President Jokowi, such as education, health, local economic empowerment and infrastructure. For example, The one-price fuel policy in Papua, is a manifestation of social justice for all Indonesian people. The efforts were involving dozens of ministries and institutions as well as local governments. The main target is developing people’s welfare.

“The struggle of the people of Papua to obtain special autonomy is not easy, so we as Community Leaders strongly support the Evaluation of Special Autonomy Volume I to evaluate whether otsus has remained on target or not,” said Yhos Manuri, Ondoafi Kampung Doyo Baru, Jayapura Regency.

In the past three years, about 4,325 km of roads have been built, 30 new ports, 7 new airports, 7.8 million Papuan residents have received basic health services, 360,000 students in Papua enjoy free education, 9.21 percent of economic growth and become the fastest growing area in Indonesia.

Based on data from the Directorate General of Highways, Ministry of Public Development and People’s Housing (PUPR), Trans Papua in Papua Province has the asphalt road a length of 1,581.04 km. Whereas the land or non-asphalt is 1,324.72 km, and there is still 353.7 km of forest or 10.85 percent.

Priority activities will be carried out through improving access and quality of health services, as well as increasing access and quality of contextual education services in Papua. For example, establishing a traditional Market called “Pasar Mama-mama Papua” in Jayapura City to accommodate the traditional economy of the community, awarding of land certificates by distributing 3,331 shares land certificate, submission of the Indonesia Health Card and the Indonesia Smart Card.

To improve development in the RI-PNG border area, the Youtefa Bridge was built which connects Jayapura City with Holtekam to Muara Tami, a cross-border post in Skouw. This bridge can shorten the distance from 2.5 hours of travel to just 1 hour. The construction of the Skouw Cross-border Post (PLBN) on the RI-Papua New Guinea (PNG) border also with several other supporting facilities, for example, the Skouw Market. 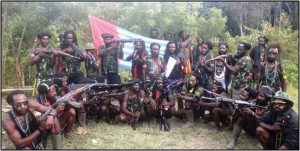 The Minister of State-Owned Enterprises (BUMN), has inaugurated 16 National Strategic Projects (PSN) in Eastern Indonesia valued Rp 2.153 trillion in Jayapura. The construction of houses in the national program of a Million Homes is also carried out. Specifically in Papua, development is targeted at 6,500 housing units.

The Papua Light Program which is the responsibility of National Electricity Company (PLN), three infrastructures were launched. Those are the 150-kilovolts substation in Jayapura, 150 kV GI in Holtekamp ​​, and 150 kV High Voltage Air Line (SUTT) in Holtekamp-Jayapura.

To assist the export process directly to the destination country, a State-Owned Enterprise has now been assigned to handle the process at the Jayapura port. Sixteen maritime projects in Eastern Indonesia (KTI) and released 35 containers of processed wood that were exported to Shanghai.

All government agencies poured their programs towards Eastern Indonesia, Papua. Also, the TNI or Polri who guarded the country’s borders, helping to overcome the difficulties of the community around the task areas in the depths of Papua through the program of TNI Manunggal Building Village, Social Service,  Mass Medicine program, teaching in the depths of Papua, providing skills training to improve the standard of living of the community through agricultural counseling, and other skills. Besides from the National Police, carrying out community development through socialization and provision of farming pork or raising chickens. All of this can be realized because of the cooperation of all components of the nation, traditional leaders, religious leaders, and community leaders in Papua by providing kindness and respecting local wisdom.

However, there are still some people who lead towards national discord through the concepts of tribe’s differences, religions, skin colors, cultures, and so forth. At this time our efforts are to continue to build and strive to advance the nation, we should not damage with negative opinions from our differences that could divorce the unity and integrity of the nation.

“Do not fool people who are already prosperous and have enjoyed the benefits of special autonomy, need to remember the perspective of assessment not because there must be money, then it is said that the special autonomy is running but the authority and rules are given entirely to the Regional Government,” said Berry, one of the Grimenawa Community Leaders.

But, there are still armed criminal groups (KKB) that disrupt the development process in Papua by making noise and terror to innocent people. Besides violence, the KKB also seized citizens’ property, rape women, and did not hesitate to kill residents.

So, we all must be sharp, intelligent in seeing the hidden agenda of the KKB which always against government policies that are made for the prosperity and welfare of the people of Papua. Nurturing and building Papua is a way of how Indonesia defending its authority.