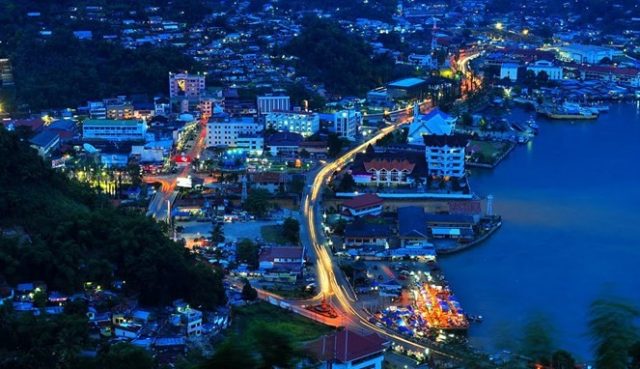 From various efforts that have been made, at a macro level, development achievements in the Provinces of Papua and West Papua have improved, can be seen from the increasing number of Human Development Index (HDI), the improvement of Gross Regional Domestic Product (GRDP), and the decreasing number of poverty and open unemployment, according to Central Statistics Agency data. Macro development achievements were also supported by the intensive integrated sectoral development.

The acceleration of development that has been carried out in Papua in 2018-2019 can be described through six achievements. First, health development has improved indicated by distribution fulfillment of the supplementary food to 3,430 pregnant women and 48,600 babies, the operation of the Malaria Center, the implementation of HIV testing, accreditation of health facilities in 13 hospitals and 123 community medical centers, and the fulfillment of health workers through individual workers, Nusantara Sehat Team, and Mandatory

Secondly, improvements in education were recognized by the launching of boarding-patterned integrated schools in Jayapura City National High School and YPPK Adhi Luhur Nabire High Schools, the availability of special regional teachers, and the start of the Papua contextual curriculum. The development of integrated boarding schools in the province of Papua is a collaboration of the Government of Indonesia with the Indonesian American Society of Academics (IASA). A little description of the Boarding-Integrated Integrated School, this program applies 21st century-based learning, where teacher-student education gradually uses the application of the MOODLE (Modular Object-Oriented Dynamic Learning Environment) system. This learning also integrates subjects; for example, students learn physics theories while applying them in sports lessons. Thus, the atmosphere of teaching and learning feels more pleasant.

Third, local economic development through local leading commodities such as sago, sweet potato, cocoa, coffee, and red fruit, as well as developing the fisheries and marine tourism sector, which is supported by improving the quality of human resources in technical skills and entrepreneurship.

Fourth, basic infrastructure development. In 2018 access to improved drink water was increased to 67.74 percent, access to proper sanitation 53.85 percent, access to adequate housing 29.37 percent, and the electrification ratio by the State Electric Company in August 2019 in Papua reached 48, 73 percent and West Papua 91.50 percent. In addition, in the telecommunications sector, the government has also built a 2,363,914 km long Palapa Ring network. The development of basic infrastructure was also identified by the completion of the Trans Papua road project connecting Sorong City in West Papua to Merauke in Papua for 4,330 kilometers, as well as multimodel connectivity with the sea toll program and air transport subsidies through the air bridge.

Fifth, the government has also built the Youtefa Bridge which spans 433 meters. The bridge was inaugurated by Indonesian President Joko Widodo on October 28, 2019, and is expected to increase accessibility from Jayapura City to the border area in the Muara Tami District by cutting the travel time from around 2 hours to only 30 minutes. The bridge is also expected to have an impact on tourist attractions and supporting facilities for organizing the XX PON which will take place in 2020 in Papua. In addition to being the new icon of Jayapura City, the Youtefa Bridge is also a landmark of collaborative activities between government through funding cooperation involving the State Budget, State Sharia Securities, Provincial Regional Budget, and Regional Budget and District Budget.

“Increasing Development in Papua is Depend on Special Autonomy”

In addition to the achievements that have been described, in order to support the acceleration of development in Papua, the government has issued Presidential Regulation No. 17 of 2019 concerning Procurement of Government Goods / Services for the Acceleration of Welfare Development in the Provinces of Papua and West Papua to increase empowerment of Papuans entrepreneurs. This is a revision of the previous Presidential Regulation No. 84/2012. After the revision, the Presidential Regulation provides a number of facilities and special treatment for the procurement of goods and services that support efforts to accelerate the development of the welfare of the land of Papua.