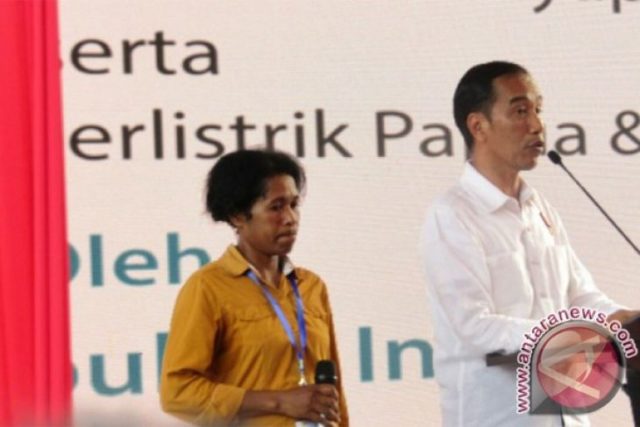 Nabire, Papua (ANTARA News) – The Indonesian government has targeted to add power lines to villages in Papua in 2018.

“I have asked the Minister of Energy, Mineral Resources and the National Electric Company to add power lines to all villages in Papua,” President Joko Widodo (Jokowi) stated here on Wednesday.

Jokowi inaugurated the 20 MW and 50 MW gasoline-powered generators of Jayapura in Nabire District.

He added that at least two thousand villages in Papua had not received electricity lines, as they were located in remote areas and difficult terrains.

Widodo noted that the hard terrains have caused difficulties for related parties to construct electricity lines to rural areas.

Despite the high price of construction in Papua, the government is eager to build the infrastructure in Papua, including the power lines, to achieve social welfare, Widodo remarked.

Besides power lines, the president revealed that the government would also conduct several efforts to boost the development of economy in Papua, such as implementing the single-fuel price, decreasing cement price, constructing Trans-Papua access road, as well as improving health and educational services.

He added that the government will fulfill the electricity needs of Papua residents by making use of solar cells and PLN power lines.