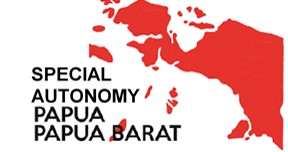 Towards the implementation of Special Autonomy Volume II, the Papuan People in Papua of Indonesia, Province Youth Mandala Trikora (PMT) supports the central government policy to be implemented in Papua and West Papua in order to pursue development in various fields.

The Special Autonomy (Otsus) will end in 2020, while development in all areas of Papua province is still needed, especially in the human resources or education, welfare, economy and other sectors.

The birth of Otsus in Papua of Indonesia is a political bargaining position so that the Papuan can prosper and compete with Indonesians in other regions.

Otsus was born because of the existence of separatist groups who continue to separate Papua from the Republic of Indonesia, the Government provides a solution with special autonomy so that Papua and its people can prosper, be able to compete, and even develop their respective regions.

Indigenous Papuans strongly agree if Otsus is properly applied in Papua. Insted the rejection by several groups, organizations or the legislative elites, bureaucracy, traditional, religious and community leaders, as well as student groups is because they continue to have a bad view of Government’s performance.

In democracy, rejection is a natural thing, but we have to see the reasons for the group rejecting the Special Autonomy Volume II, is it true that the rejection is the aspirations of the Papuan or there are even foreign political interests in it.

Based on observations and analysis as a native Papuan youth, according to Ali Kabiay, in terms of global geopolitics and national geopolitics, there are actually efforts by certain groups to take the issue of Otsus volume II out of the way for various reasons.

Even though this is questionable for all the people in Papua, why suddenly reject after there is an effort and discourse from the central government to evaluate the use of the Special Autonomy fund volume 1.

Several issues were also deliberately raised by elites in Papua so that the central government would discourage its intention from evaluating and auditing volume 1 of the Special Autonomy Fund as a whole.

Among other things, the issue of referendum has been continuously raised by several groups and organizations in Papua in order to disrupt the concentration of the Central Government to evaluate and audit the Special Autonomy Fund volume I in Papua as a whole, as well as prepare for the implementation of Otsus volume II in Papua.

“If there are groups or organizations that push for a referendum as a solution for the Papuan people, then the people should ask whether these groups are able to provide welfare for the Papuan in the future,” he said.

Then, the issue that Otsus were failed to bring prosperity to indigenous Papuans, according to Ali Kabiay, this issue was deliberately raised and pushed massively in order to create a non-conducive political climate so that the concentration of the central government is divided and not focused on seeing the problems that are happening in Papua.

Then, the emergence of the issue of the separation of Papua which always included in several groups in the land of Papua, either directly or indirectly, thus causing the community to lose direction in carrying out the social process in Papua.

Where the community is constantly being presented with issues of pro-Papuan separation that are not clear so that the community loses its identity and loses a sense of trust in the government to build Papua to be better and equal to other regions in Indonesia.

As the people of Papua, they have to ask groups or organizations that want Papua to be separated from Indonesia, whether this issue will guarantee that we live in safety, peace and comfort. Then, what about the affairs of the state when it is independent, who is the president, how is the cabinet, the currency to economic matters

Of course it is not easy to form an independent state, besides that the United Nations as the unifying authority of the nations in the world has recognized that Papua is part of the Unitary State of the Republic of Indonesia.

“Special Autonomy Volume II must still run and be implemented in Papua of Indonesia to make Papua better in future.”

The conclusion is that Special Autonomy volume II must still run and be implemented in Papua and West Papua, but of course before it is implemented, the Central Government, the Provincial Government of Papua, West Papua, the DPRP, the MRP, the Papuan Customary Council must sit together to find solutions and weaknesses. -what weaknesses must be addressed in the mandate of Otsus