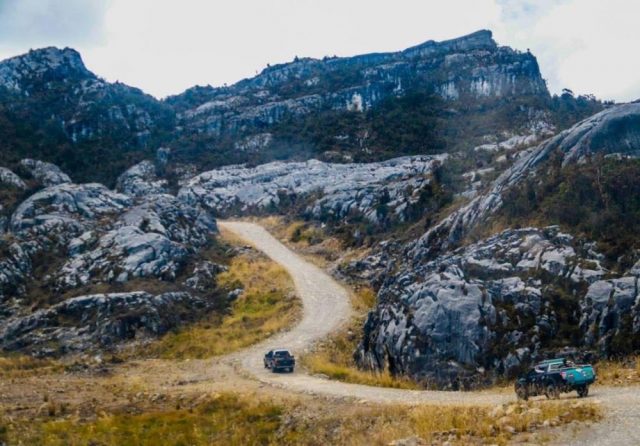 The 7th President of the Republic of Indonesia, President Jokowi continues to improve the various corners of Indonesia until now in infrastructure development. He also does not want development to only exist in Java, but is comprehensive and evenly distributed from Sabang to Merauke. One infrastructure project that is being developed is Jalan Trans Papua.

Actually, the construction of the Trans Papua road has begun since the administration of the third President of the Republic of Indonesia, BJ Habibie, but it has only been carried out on a massive scale in the era of Pak Jokowi’s administration. The Trans Papua Road is also an honorary project of President Jokowi in the Papua and West Papua regions.

“The current government is actively pursuing the backwardness of infrastructure in Papua, one of which is by building trans-Papua roads”

Most of the Trans Papua roads have been opened with a choice. And some of the asphalt segments in the Tolikara area are heading to Usilimo, Jayawijaya. From Habema to Wamena. From Passvaley to Wamena, Abenaho to Elelim and from the Aple area to Abepura in Jayapura. While the other small part is still in the form of a forest area, which is located towards Jayapura and from Sinak in Puncak District towards Ilaga.

The heavy terrain and the sometimes vulnerable security situation made the PUPR Ministry and the TNI work hand in hand to work on the construction of the Trans Papua road project for the prosperity of the people of Bumi Cenderawasih. Now increasingly visible roads that were once mountains, hills, swamps, and forests. A glance at the Trans Papua road from the air is like seeing a road outside a country, surrounded by mountains and forests. This project is the road project with the most difficult terrain ever built by the government because it not only has to split mountains, forests and hills, access to Papua is also not easy to take. Not to mention, other supporting infrastructures and material prices are also very expensive.

With the construction of the trans Papua road, it can reduce the current price gap. In addition, this is evidence of the Government’s seriousness in ironing out existing infrastructure imbalances.