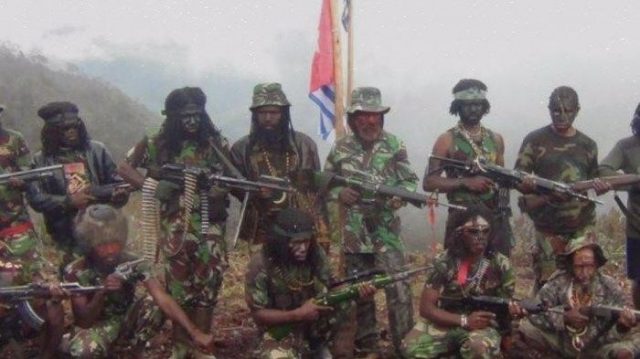 Free Papua Movement (OPM) is indicated to continue spreading separatist beliefs to separate itself from Indonesia. Whereas the OPM has always tormented the people of Papua and West Papua plus it hindered the development of Papua. The government and society must be resolute in eradicating the OPM so that people’s welfare can be realized.

Talking about this easternmost region of Indonesia always gives us an impression. The generosity of the residents and the behavior that still upholds cultural customs needs to be praised. Moreover, Papua of Indonesia is famous for its abundant natural wealth. This is also what might make outsiders want to claim ownership over Papua.

It is not impossible that the OPM’s actions, which aggressively advocate for independence on behalf of Papua, have other goals. The OPM, which is popular for its frontal and vile attitude towards the Papuan people, has made the people hesitant to respond to everything that is being done. Moreover, this OPM is familiar with violence and deviant behavior towards those who do not approve the Papuan independence. So the Papuans are asking who is the OPM fighting for?

So far, the OPM has made the Papuan people on the island of Papua miserable

It is always interesting to explore historical facts. What’s less? Indonesia has won a number of recognitions, both national and international, for having the Papua territory with it. This is also stated in various agreements that strengthen Papua’s position in the archipelago, de facto and de Jure. Plus the statement of the Papuan themselves claiming they were independent with the Republic of Indonesia. Isn’t this a sign of defeat for OPM?

The desire of the Papuan people to live peacefully as part of the Republic of Indonesia was seen on Sunday 1 December 2019 on the 54th anniversary of the Free Papua Movement (OPM). However, at that time, Papuans prefer to worship in the church. They refused to assemble following the invitation of the armed criminal group (KKB) of OPM which caused riots like in previous years. So that the Papua seems safe and peaceful.

In response to this situation, conflict and terrorism analyst, Alto Luger, stated that the euphoria of December 1 nowaday was very different from previous years. The reason is that the people there thought the OPM and other pro-independence Papua groups responsible for the riots and slaughter in Wamena some time ago. Which previously the OPM was considered an organization to fight for the interests of the Papuan people, instead it caused losses for the Papuan people themselves.

In addition, the OPM’s neglected anniversary is a result of various approaches that the government has adopted for Papua. The Jokowi administration is considered to prioritize intelligence operations. Jokowi also left the military operation system that tends to be repressive and has the potential to cause collateral damage from civilians in the Papua region, which indirectly gives losses to the Indonesian government.

Alto also appreciated the current Jokowi administration’s approach to Papua. According to him, the government’s efforts to take a more humanist approach could automatically increase the love of the Papuan for Indonesia itself.

These two conditions finally contributed to the diminishing sympathy of Papuans for the OPM, which also made the celebration of 1 December become irrelevant.

Alto stated that Papuans’ love for Indonesia is quite high. This is even reflected in the Papua Special Autonomy Law which the definition of indigenous Papuans is one of the immigrants who have been appointed as Papuans by figures or tribal leaders in Papua.

Furthermore, Alto said the strategy launched by the government to fight separatist groups in Papua was correct. In fact, he said, the government will carry out threat classification. Threats of armed criminal groups carrying out terror and violence in Papua will also be faced in an assertive and proportionate manner.

In addition, what the government does in Papua will also affect the efforts to strengthen diplomacy at the international level. Countries that previously provided space for Papuan separatist groups to continue to exist, will surely gradually see that what these separatist groups are sounding is irrelevant.

True independence is rooted in the sense of security, comfort, and peace that all citizens, including Papua, are able to obtain. For them, there is nothing more desirable than to live a quiet life without interference from any party, including the separatist group, OPM. If the Papuan people have declared their independence while remaining with the Republic of Indonesia, what can OPM do?