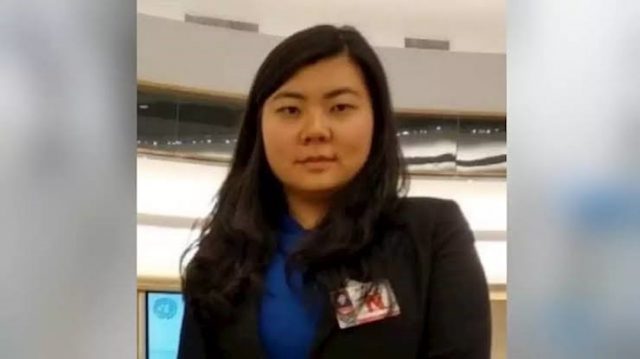 Nowadays, the mainstream media and social media have been reporting about the punishment for a scholarship grantee, Veronica Koman, by the Education Fund Management Institute (LPDP) of the Republic of Indonesia. LPDP has asked Veronica Koman who now stays in Sydney Australia to return the scholarship funds that have been given to her in the amount of Rp. 773.8 million.

This can happen because Veronica is deemed to have violated the contracts contained in the agreement that was agreed upon when she received the LPDP scholarship. According to the President Director of LPDP, Rionald Silaban, the demand for scholarship refunds arose because Veronica did not return to Indonesia after completing her education at the Master of Laws Program at Australia National University.

“The LPDP indeed asked Veronica Koman Liau to return all the scholarship funds that we have spent because, in the LPDP scholarship contract, scholarship recipients studying abroad must return to Indonesia after completing their studies”

However, Veronica denied this claim from the LPDP. In 2018, shortly after completing her education, she admitted that she returned to Indonesia to continue her activism toward Papua. A year later she was speaking at a United Nations forum on human rights, in Switzerland.

Previously, Veronica Koman was discussed during the riots that occurred in Papua some time ago, she was considered a provocateur and was later named by the Police as a suspect. Until now, Veronica Koman’s status is still on the People Wanted List.

Let us see which of the conditions Veronica violated, as reported by the official LPDP website, there are 18 conditions for receiving LPDP scholarships. Points 1 through 11 are 13-18 general requirements for applying for scholarships such as citizenship issues, latest education standards, health, program plans to be followed, study proposals, and study travel time. In point 12 which consists of several parts, we can see which points Veronica violated

Perhaps returning to Indonesia as meant by the LPDP is to work permanently in Indonesia and devote their knowledge to the interests of the Indonesian people.

Because for some parties in Indonesia the actions taken by Veronica did not reflect this, it could even be called stabbing from behind. She seems to support the Papuan movement to separate from Indonesia, even though Papua is an integral part of the Republic of Indonesia, and the issue has been resolved even at the UN.

Receiving scholarships from the state does not mean you have to stop criticizing the government. If this is the case they are better off choosing not to join the government scholarship program.

In my opinion, it’s really simple. If we are paid by other people, we have to know ourselves and be grateful to them. But if those who pay are considered by us to be wrong, then just return the money or don’t accept everything from the start.

Instead of continuing to feel bad about the people who pay us. Who does not have ethics?