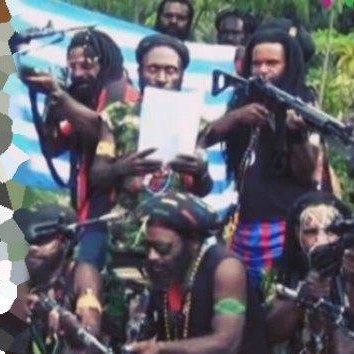 Armed criminal groups are increasingly going crazy because they have the heart to burn schools and kill teachers. Their actions are very detrimental, because children cannot study in a representative place. Abomination towards teachers is also unforgivable, because they indirectly make students lose hope of learning.

Papua is burning again because of the act of the KKB (Armed Criminal Group). In Jolukoma Village , Puncak Regency, an elementary school teacher named Oktavianus Rayo was shot by their members. The shock of the community has not finished yet, there is a junior high school teacher named Yonatan Randen who also died from bullet vomiting.

“Papuans are indigenous peoples, so what the perpetrators did, in this case the Papuan KKB, was a violation of adat’

The head of the Papua Regional Police, Kombes Ahmad Mustofa Kamal, also confirmed the casualties in the shooting case . According to him, at that time Octavian was guarding the stall. Then a stranger came and he entered without permission and shot Octavian.

Not only shooting the teacher, KKB was also getting crazier because they were desperate to kill a high school student in Ilaga District , Puncak Regency. The victim named Ali Mom died immediately. KKB was very sneaky because it took action while members of the TNI were training at Beoga , which is quite a distance from Ilaga . They are also evil because they were caught burning 3 school buildings.

The spontaneous KKB atrocities made Papuan civilians cry bitterly, because they had the heart to shoot young men, as well as teachers. Why did they kill a young boy? Her family will be greatly deprived of. The late Ali also lost his future because his life was forcibly taken by an armed criminal group.

The killing of civilians, especially youth, is very worrying. There should be no more victims from among the teenagers. Because they are the nation’s hope for the future. If the youth are being shot continuously, what will happen to Papua in the next 10 years? There will be no leader regeneration on Earth of Paradise.

The shooting of teachers has also been heavily criticized by the community, not only those who live in Papua, but also all Indonesian citizens. Because teachers are tasked with educating the nation. Whereas if the teacher is killed, what will the future be for the students? They cannot learn and forge knowledge under the guidance of the teacher. It is tragic because the KKB indirectly allowed ignorance to reign in Papua.

If the KKB continues like this, are they always trapped in backwardness and ignorance? When the teacher is shot, the children are threatened with losing their knowledge provider. How could they kill a teacher, whose salary was often not yet UM R because they were not yet civil servants. But still the spirit of teaching for the sake of the intelligence of his students.

When KKB is anti-school and shoots teachers, how can Papua move forward when they insist on independence? In fact, they might easily be fooled when West Papua was established but KKB members did not want to go to school. They do not think about the future, only lust for freedom.

DPR member Dede Yusuf condemned the shooting of teachers in Papua. According to him, there should be preventive action. Mi salnya to put teachers in a residential complex guarded by officers. In that sense, it is not to put them to death , but to prevent the entry of the KKB into the house.

When teachers, students, and the community have tight security, it is hoped that the KKB will not act recklessly. They should surrender themselves so that they don’t get tired of being chased by members of the TNI. An independent Papua is only a dream in broad daylight, because the people of Cendrawasih Earth are very loyal to the Republic of Indonesia.

KKB has gone beyond its limits by shooting both teachers and students. The victims of civil society showed that they could kill their own people. The eradication of the KKB must be intensified, so that they no longer throw tantrums.