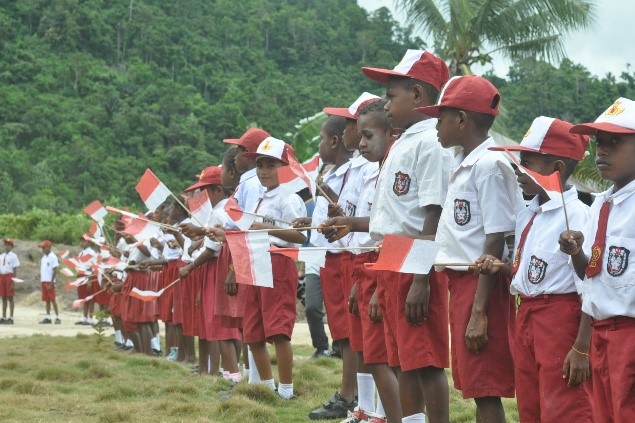 The Minister of Home Affairs (Mendagri) Tito Karnavian hopes that Law Number 21 of 2001 concerning Special Autonomy for Papua Province can answer the problem of human resources (HR) in Papua Province. This is because, he said, the law mandates affirmation to strengthen Papuan human resources.

Tito said that the program that will be implemented can also provide affirmation for the acceleration of the development of indigenous Papuan human resources. According to him, siding with indigenous Papuans must be put forward but still paying attention to quality. For example, in the selection of CPNS or TNI / Polri.

However, the former National Police Chief emphasized that all Papuan human resources should not be directed to become civil servants. This is because Papua’s natural resource potential is very abundant and can be used to survive. So that the surrounding community can be encouraged to become entrepreneurs, cooperate with other residents to utilize natural resources, and run other businesses.

Tito realizes that in certain areas in Papua there are no higher education institutions and makes the human development index distance between regions quite far. Therefore, he assessed that it is necessary to build a university or polytechnic class to support vocational education in several regions. Tito also admitted that he had conveyed this to the Minister of Education and Culture Nadiem Makarim.

Meanwhile, according to the Senior Pamong Papua, Michael Manufandu, so far the special autonomy has provided benefits to the community, especially for the younger generation in pursuing education.

Through Otsus, many young Papuans can continue their studies at various universities. In fact, Michael himself has given lectures in New Zealand, Australia and the US.

Michael also emphasized that Papua’s autonomy is sufficient to contribute to building educational facilities in Papua, such as educational institutions.

One example of the young Papuan generation who has felt the positive impact of the Papua Special Autonomy (Otsus) program is the President’s Millennial Special Staff (Stafsus), Billy Mambrasar. He emphasized that the allocation has been useful in the education sector, especially himself.

Billy emphasized that the program is a long-term process so that its success cannot be instantaneous. However, he still stressed that human resources in Papua must continue to be developed through education.

According to Billy, investing in humans is the right step, because they are the ones who will build their own civilization. The existence of Presidential Instruction Number 9 of 2020 shows the government’s commitment to develop by involving all components of the people.