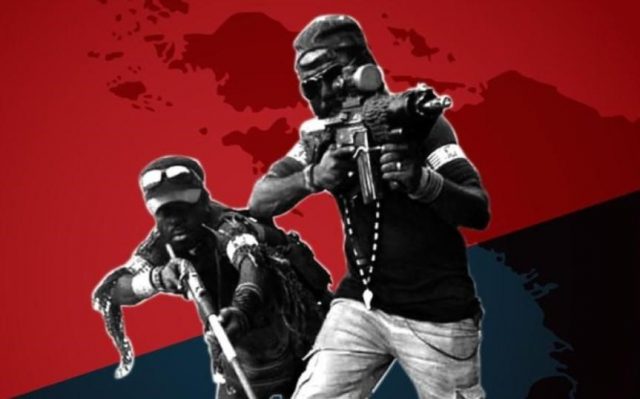 Papuan separatist groups deserve to be severely punished after being labeled terrorists. The reason is that they always attack the community, security forces, and even use firearms without permission. The community supports the government in taking firm action against the Papuan Terrorist Separatist Group, so as not to disrupt peace in Papua.

The government’s decision to say that the KKB is a terrorist organization was welcomed by the public. They are relieved that in the end there will be more decisive action to eradicate this armed separatist group. Because so far the KKB has been very unsettling and if it is left alone it will interfere with the sovereignty of the country, because it is determined to form the Federal Republic of West Papua.

After being labeled a terrorist, the hunt for each member of the Papua Terrorist Separatist Group has intensified. The joint TNI and Polri troops have been dispatched to Puncak Regency which is a conflict-prone area, because there are frequent attacks from separatist and terrorist groups. It is hoped that the members of the Papuan terrorist groups will be caught one by one so that this organization will automatically disband.

When they are caught, members of the separatist and terrorist group (KST) have been awaited by various cases. First, they used firearms without a license and got them from the black market, and according to article 1 paragraph 1 of the Emergency Law number 12 of 1951, the sentence was 10 years in prison.

Imprisonment for that long is considered commensurate, because if civilians hold rifles without permission it will be very dangerous and can be used for criminal acts. The proof is that they use firearms not only to show off or to frighten civilians, but to kill many people’s lives.

While the second, KST members can also be subject to article 212 of the Criminal Code for fighting an officer who is currently working, and the threat is 1 year and 4 months imprisonment. When they were about to be caught, they deliberately fought back by launching attacks and shooting indiscriminately. This punishment is worth it because every Indonesian citizen is indeed prohibited from fighting the authorities because he is upholding justice and law in Indonesia.

Third, KST members can also be charged with Article 340 of the Criminal Code regarding premeditated murder. They face a maximum penalty of death if caught. KKB members can be subject to the article premeditated murder because they have planned to attack the apparatus with a special strategy and use a sniper as the executor.

A threat of this magnitude is worth it, because life must be paid for. Moreover, what they killed was not only the security forces, but also civilians. Civil society certainly cannot fight back when they are about to be shot, because they do not carry weapons as a means of self-protection. So they immediately died tragically.

Moreover, KST shot not only ordinary people, but also teachers. The arrest of the suspect must be carried out as soon as possible, because killing the teacher is tantamount to killing the students’ hopes, because no one is willing to teach students who are hungry for knowledge anymore. The KKB also left Papuan children shrouded in fear, because they also burned down the school building.

Threats of punishment to KST members are indeed because they too often violate existing laws in Indonesia. The harshest punishments such as the death penalty are very appropriate, because they kill civilians and officials inconsequently. This kind of crime cannot be forgiven.

Moreover, after the determination of the KKB as terrorists, there was a new threat, namely by conducting sweeping against residents who were not native Papuans (OAP). KST began playing racist games and threatening the security of the immigrant community. So they should be arrested as soon as possible, because they have raised the war flag.

KST must be punished severely because he has committed crimes many times, from buying firearms illegally, shooting civilians, to killing officers. The arrest of KST must be carried out as soon as possible in order to create peace in Papua.