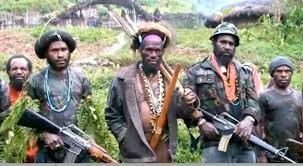 The Papuan separatist group led by Benny Wenda is the mastermind behind the bloody incident in Papua. The group viciously instructed to attack migrants and create riots in the city.

The riots in Wamena have captured the attention of the community. Thousands of lives are threatened by provocations that have caused chaos and anarchism in the community. Countless numbers of public facilities were damaged, victims died both by the apparatus and civil society, and shelters were fully crowded with people. In military posts, certain refugees were unwilling to go home, because they were afraid of the incident that followed the riot.

The riots were allegedly triggered by a Papuan separatist leader, Benny Wenda who became a courtier of the OPM (Free Papua Organization). He then suspected to be the mastermind (again) of the bloody incident in Wamena. His keen practice of voicing the disintegration of Papua from the Republic of Indonesia seems difficult to shrink.

Previously, a demonstration broke out when rioters acted and infiltrated amidst the demonstrators who were mostly students. The rioters were also thought to be from the KNPB (West Papua National Committee). They appeared like students, wearing high school uniforms. Then, they started burning and damaging several buildings including the office of the regent of Wamena city. There are many testimonies from residents stating that if this group is intentionally making a riot, they are suspected of attacking at night. Some even joined open fire with the KKB (Armed Criminal Group). Reputedly, it was Benny Wenda who coordinated the KKB movement.

Even though the conditions in the Wamena were considered to be controllable, residents including migrants chose to remain in camps at the police and military offices, because of fear. A wave of refugees ensued as a result of this incident, there were thousands of citizens assisted by the authorities to get out of Wamena to other areas as a means of security.

Meanwhile, President Jokowi spoke up related to the riots in Papua. He stated that this incident should not be used as a conflict between ethnic groups. He explained to the people of Papua if this was the KKB who went down from the mountain and carried out acts of anarchism as well as separatism. Jokowi also conveyed his deep sorrow related to the victims in this incident. He also stated, although not yet complete, the authorities had worked hard to catch the arson suspect as well as the murder in Wamena. And will continue to aggressively pursue the suspects.

On the other hand, the actions of Benny Wenda, who suspected of being the mastermind behind the riots in Papua and West Papua, was reportedly present at the UN general assembly in New York, USA. Benny is suspected of trying to lobby so that UN human rights commissioners can visit and see firsthand the current conditions in Papua. Indications of the escalating situation in Papua and West Papua were also considered to what have Benny’s done.

“Benny is certain to have spread provocative content and hoax news on social media, telephone lines, as well as the WhatsApp regarding Papua”

Benny, who was born in Papua on August 17, 1974, has been rejecting West Papua from joining Indonesia for decades. And obsessed to liberate Papua. Not just an ordinary civilian, he also occupies the position of secretary-general of the Koteka Community Consultative Council (DMMK). Reportedly also, In 2002, Benny got asylum. He used this opportunity to escape to England after being chased by the government on charges of various acts of violence.

His movements did not stop there, he intensified various efforts to actualize his obsession to liberate Papua, and he even reportedly escaped from prison by prying a bathroom window in a prison. Benny is believed to be the sibling of the leader of the Free Papua Organization (OPM) of the Central Mountains region, namely Matias Wenda. Countless how many acts of anarchism and assessed treason has been done. Many people admit that their gait and network is quite extensive in the international world. Considering he met with the UN High Commission on Human Rights on January 25, 2019.

Brigadier General (Pol) Dedi Prasetyo, as Head of the Public Information Bureau of the Public Relations Division, said that it was difficult to process the law because Benny’s citizenship and the scene of the crime were in the city of London, England. So that the Indonesian legal domain is prevented from getting there.

From the explanation above, Benny Wenda’s existence is very threatening to security. Not only one or two lives will be threatened, even thousands, including Wamena. Hopefully, the government and several security elements can immediately process the provocateurs so that the entire Papua region will soon be conducive and safe again.