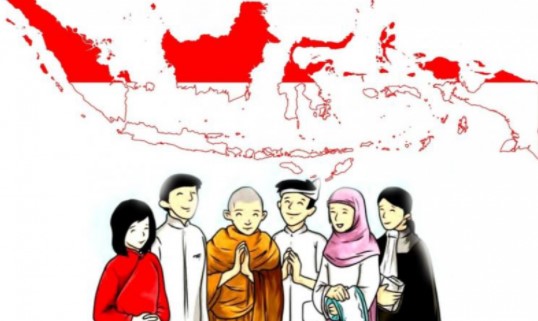 A number of religious figures from Papua met with the Head of the Presidential Staff Office, Moeldoko, in Jakarta, at the end of 2020. Their arrival was to discuss the wishes of the Papuan people for lasting peace in their area of ​​residence. Moeldoko welcomed this meeting. He said he would accommodate the aspirations of the leaders and report them to President Joko Widodo.

“Papua is a child of the country, brothers and sisters. Papua can perfect Indonesia, so dialogue and consolidation are needed to solve the problem of Papua “

During the meeting, Moeldoko conveyed how the government, both in the Jokowi era and before, really thought about the Papuan people.

However, especially in Jokowi’s leadership, the government does not want to intervene much. The government hopes that Papua will be built on the voice of the Papuan people themselves. Moeldoko appreciated the presence of religious leaders from Papua. He considered this a positive step for the welfare of Papua.

“We will listen to all matters. As soon as there is a serious problem, I will immediately convey it to the President as material for issuing policies,” said Moeldoko.

Meanwhile, one of the religious figures who attended this hearing, namely the Chairman of the Indonesian Ulema Council (MUI) Papua, Saiful Islam Al-Payage said that his presence and other religious figures were to find common solutions to problems in Papua.

Saiful said the Papuan people wanted development, but there was a need for security assurance. He also hopes that Jokowi can solve the Papua problem.

“So it must be ensured that there is lasting peace in the land of Papua forever. Hopefully Pak Jokowi can solve the existing problems, “said Saiful.

Another religious figure who was also present, Bishop Leo Laba Ladjar, said that the Papua problem cannot be resolved with weapons. For that, said Leo, there must be concrete steps from the local government in this regard.

Several other figures who were present voiced about dialogue, religion, and socio-cultural approaches to solving Papuan problems. Apart from religious figures, this audience was also attended by representatives of the Papua Provincial government, representatives from the University of Cendrawasih, to traditional community leaders.

“Papua is a major concern of the Government,” said Ma’ruf in a written statement received by Kompas.com, Wednesday. Ma’ruf realizes that there are still crucial issues and issues in Papua that must be resolved. One of them is related to the high level of poverty. ” Therefore we need to put this Inpres policy perspective in a new spirit and design for Papua, in accordance with the President’s direction.

During the meeting, Ma’ruf conveyed President Jokowi’s directions, including the need for enthusiasm, paradigms and new ways of working to produce a leap of prosperity for the people of Papua and West Papua. With regard to the implementation of the 2020 Presidential Instruction, Ma’ruf emphasized the cultural approach in the development framework. “The priority targets are seven customary areas,” said Ma’ruf.

According to the author, at this time it seems that with the increasing attention of the Government towards Papua and West Papua, especially through the implementation of Otsus, it is a necessity that the Papuan people should be proud and support the sustainability of Otsus, because the political and economic calculation is that Papua and West Papua will be more prosperous together. Indonesia is compared to listening to the babble of Papuan separatist groups who actually want to torment Papua in the long run. The Papuan people must study history with East Timor by looking at their current condition after being “divorced” from Indonesia.