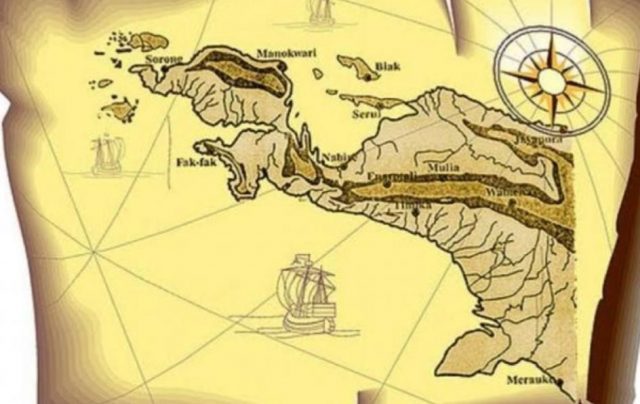 Indonesia is a country of law, and this includes Papua, when there is a violation of the law, of course, it will be punished accordingly. However, do not let law enforcement be twisted into cases of human rights violations. We have to look at the root of the problem and not defend the wrong party, on the grounds of upholding human rights.

KKB’s status as a terrorist group brings 2 opposing camps. The first party agreed to this government decision , because they considered that the organization’s behavior was like a terrorist that was troubling. Meanwhile, the two parties even said that it was feared that the labeling of terrorists would lead to human rights cases in Papua.

It is very strange when there are those who disagree with the terrorist status pinned on the KKB. They argued that there would be human rights violations and the shooting of Papuan civilians. In fact, the security forces will certainly not shoot, because they are certainly smart and can distinguish between KKB members and civilians. Moreover, labeling terrorists will not turn Papua into a military operation area like in NAD.

The statement of the Chairman of the National Commission on Human Rights is very appropriate because he does not consider the mention of the KKB as a terrorist as an attempt to undermine the enforcement of human rights in Indonesia, especially Papua. Because the proof is that so far the KKB has acted beyond its limits and its victims continue to fall. If this is left unchecked, then they are afraid that more civilians will become victims of the KKB atrocities.

Beka continued, he also agreed with the government that pursued the KKB members because they had already claimed lives, both from civilians and from the authorities. Because so far many have been injured, even lost their lives, after being shot by the KKB, whose actions were even more brutal.

KKB is getting more and more crazy by destroying public facilities, burning planes and school buildings, terrorizing in the real world and cyberspace, and spreading hoaxes. They even have the heart to use the bodies of their siblings as their living shields when armed with members of the TNI, but after that they play the victim . Because it spreads the rumor that it was the rat who shot it , even though in fact they were the suspects.

In addition, KKB also shot teachers and students and attacked civilians mercilessly. Even the security forces were shot directly or via sniper. So that it must be muzzled right now, so that the community will no longer be afraid because there is a threat from the KKB.

Therefore, it is mandatory to eradicate the KKB to secure Papuans. If there is no KKB terror, they can do their normal activities without fear of having to hide when there is a gun attack or a threat from the terrorist group.

If the KKB has committed many crimes, from threats to murder, it is considered a criminal act. Therefore, they can be immediately arrested and thrown in jail, and the duration corresponds to the level of crime. In that sense, do not have the heart to think that the arrest of the KKB is a violation of human rights.

In fact, the KKB often violates human rights by forcing to fly the Morning Star flag, threatening village residents, and frightening them with firearms. Do not let a criminal stand up completely, because the prison might be empty on the grounds of defending human rights.

There is no such thing as a human rights violation in Papua, because if the KKB is arrested and there are people who say that it has violated human rights, they will be wrong. Because they even defend criminals and traitors to the state.