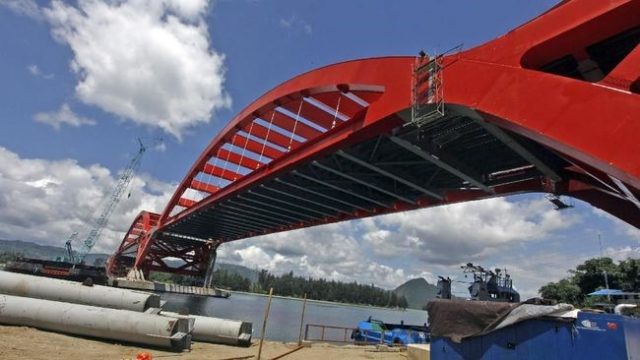 The National Police detected allegations of fraud in the management of Papua’s special autonomy budget (Otsus) funds. This was revealed in a presentation delivered by the National Police Intelligence and Security Agency (Baintelkam) during the 2021 Polri Leadership Meeting (Rapim) on Wednesday (17/2).

The Head of the Analysis Bureau Baintelkam Polri, Police Brigadier General Achmad Kartiko said that Rp. 93 trillion of funds had been disbursed for Papua and Rp. 33 trillion for West Papua. However, there is a problem with budget irregularities.

He explained that in using the budget, the Supreme Audit Agency (BPK) found that there was waste and ineffectiveness in the use of the budget.

In addition, there are mark-ups or price increases in the procurement of a number of public facilities in the Papua region. One of the cases is a fictitious payment in the PLTA construction of around Rp. It was found that there was misappropriation of funds amounting to more than Rp1.8 trillion.

In fact, the Otsus policy in Papua is to improve the welfare of the local community. Furthermore, the government is also struggling to exercise the rule of law in the region.

The National Police’s statement is relevant to the statement of the Coordinating Minister for Political, Legal and Security Affairs (Menko Polhukam) Mahfud MD who admits that there is a corruption case by the elite in Papua against the Special Autonomy Fund (Otsus).

Not only that, the KPK said that around 70 percent of the KKN criminal acts in Papua occurred from the procurement of goods and services (PBJ).

Conflicts will also arise in the extension of Otsus in the future, considering that the Otsus fund is planned to increase starting this year. It is ironic that Papua still blames the central government, feeling that there is no serious commitment to implementing the Special Autonomy Law.

The existence of the problem of misappropriation of funds like this indicates the need for evaluation related to supervision in the implementation of Papua Special Autonomy. The amount of funds given to local authorities to improve the welfare of the Papuan people will be wasted if it is not realized properly and planned.

Therefore, in the revision of the Papua Special Autonomy Law which is being discussed by the DPR and the Government, it is hoped that concrete solutions will be found in overcoming the problem of misappropriation of funds that is detrimental to the Papuan people.

The government should be able to formulate a sound governance system in order to prevent the continuation of misappropriation of funds which only harm the Papuan people and waste the Special Autonomy funds that have been increased by the Government.